Regarding the post below --  which is cross-posted at my Orange Orb blog -- more strangeness.

My friend "Diane" told me the other day that whenever "they" come, she finds that her tablet is turned on in the morning. She insists she has turned it off. Her husband verifies this. (Wakes up with strange marks, etc.)

After she read my blog post, she called me to tell me her computer was on again this morning. Also, she had entered my phone number into the tablet, but this morning, it was gone. She couldn't find my name or number anywhere.

I also notice that this Sunday, Coast to Coast has the  "The Dark Side of Bigfoot" with guests Tim Baker, Jim King and Brenda Harvey. And the next night, the guest will be David Paulides, author of the Missing 411 books, to talk about his new book Missing Hunters.

I’m deeply intrigued with David Paulides work in his Missing 411 series. While I’ve read one of his books (so far, plan on reading them all) and follow his work on-line, I haven’t recently been giving any particular attention to any of the missing 411 cases, or the phenomena. So I am curious about this very vivid and slightly disturbing dream I had last night:

I live in a semi-rural area, on the edges of the suburbs. The location has a southern California feel to it, or southwest. Desert like, but not completely. Surrounding the dozen or so houses out here are soft, rolling hills, probably sandstone. Layers and layers among the hills, and large gray boulders.

My friends and I go out for a small hike. We can see our house from where we are. We aren’t far, less than a half mile from the house.  I’m climbing up the side of a hill, my friends are maybe fifty feet away.

Out of nowhere, I am grabbed by invisible hands. I sense their presence, I know that they are here, but I can’t see who -- or what -- they are. I get a glimpse of these things. They shimmer in and out, sort of like the Predator. These things look human like in some ways. They have two arms and legs like humans, etc. But they are about seven feet tall and muscle bound, like The Hulk. They grab me by the arms and feet and drag me up the hill. My friends are completely unaware of what’s going on. I scream with everything I have but they can’t hear me.

I know, without a doubt, that this has something to do with what Paulides researches. I beg these beings, plead, cry, to let me go. I tell them I don’t want to end up dead and found in the middle of a lake or the top of a mountain.  I get the feeling that the more I beg and talk to them instead of giving up they might agree to keep me alive.  They tell me that they’ll me go when they’re ready.
A few days later, I find myself near the same spot where I was taken. Two men have brought me down here. They are also very tall, around seven or eight feet, but stocky. The men have long shiny black hair, like a Native person, but their features are not Native Amercian at all. They have flattened, pushed in faces. They are human, but more than that -- or, less than that. They are not quite all human, in other words. At the same time, I don’t get the sense they are ETs. I do get the sense some of this is related to Sasquatch, but how, I don’t know. It’s all very confusing and muddled. While I feel there is a Sasquatch aspect to this, the Sasquatch have nothing to do with any of this, not directly anyway, if at all.

They communicate with me telepathically; that I am never to tell anyone anything about any of this. While I have no memory of what happened while I was missing, I do remember being taken by the weird near invisible beings, and these guys. They tell me over and over that they are now in my head, at all times, and will know if I’m even thinking of telling someone. If I say anything, they tell me, not only will I be killed, but many in my family.

I go back to the house, naturally everyone is happy to see me and are full of questions. I just keep saying over and over that I don’t remember anything. I tell everyone I must have fallen and that caused amnesia of some kind.


I wake up, feeling very strange. Then I hear a loud clattering, scrambling sound that goes on for about five seconds. Things falling, like dishes or pots, among other things. My first thought is the cat tried to climb on the bookshelves beneath the window where I have some plants. The cats start meowing and running around, wanting to go out. At five-thirty in the morning! Unusual for them.  I get up to check, I don’t see anything out of place. I check the whole house -- nothing. I look out the window in our bedroom, thinking maybe an animal knocked over plants and rocks by the little garden pond, but nothing is out of place. All very strange.

As I’m in bed, thinking about all this strangeness, I get a sense this dream, the clattering, the cat’s odd behavior, has something to with my visit yesterday with friends who have had several UFO experiences, as well as paranormal experiences in general. Lately we’ve been involved in doing exercises to activate psychic skills. Energy play, “sending and receiving” imagery, oracle and tarot work, etc. And, of course, intense discussions about our experiences, including questions about those experiences. One more thing: I mention large gray rocks in the dream. A week or so ago, I was "receiving" from one of the people in our discussion group. One of the images that came to me was a gray boulder, about twelve feet tall, in a desert like spot. The rest of the area was semi-rural with green and trees, but the rock was off by itself in barren land.

I think it's one thing to talk about these experiences, but the questioning, as well as the agreement to participate in actively finding out, seems to have triggered something.

Note: Here the originals of the images shown above: 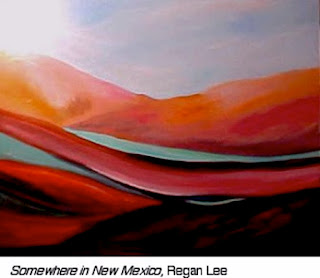 Should be interesting; sounds like the discussion will be about localized Bigfoot type, or BHMs (Big Hairy Monsters):

Coast to Coast AM: The Best Paranormal News Show:Film director and radio host Seth Breedlove talks about his investigations into strange, Bigfoot-like creatures seen in small towns, such as the Minerva Monster, the Beast of Whitehall, and the Boggy Creek monster. Followed by Open Lines in the latter half. (C2C)