Loren Coleman Comments on No Kill

I like what Loren Coleman wrote in the comments section at Cryptomundo concerning the killing of Bigfoot. Coleman responded to comments on his post Taking a Stand Against Killing Bigfoot about this subject back in April of 2012:


The kill-it-to-prove-it stance is a simple Victorian view of the world that is quite out-of-date. At the end of the 19th century, hundreds of animals were killed to “prove” they exist. James Audubon killed thousands of birds to identify, draw, and paint them.

Those days are in the past.

There is no reason that Bigfootery, Sasquatch studies, and hominology should grasp the antiquated forms of species verification. DNA studies, live captures, capture and release, and species studied while in captivity allow for many modern scientific and humane methods of species confirmation. As soon as Bigfoot organizations realize that, they will be taken more seriously by funding and scholarly bodies. ~ Loren Coleman


If you haven't read Coleman's piece be sure to do so.

"Sasquatch Must Die" From Who Forted? 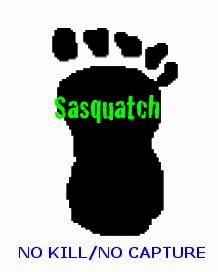 Another piece supporting a Kill, from Who Forted?: Sasquatch Must Die: Why Cryptozoology Needs a Body - Who Forted? Magazine  by Kwin the Eskimo. A lot of assumptions -- cynical too -- like this:

It needs to be made clear that the “no-kill crowd” has an agenda. It may come as a shock to some, but many people support a no-kill philosophy only to preserve their own standing. They know that if a body is found that they will be out of business. All their paid “Bigfoot excursions” will come to a halt. No more “membership dues” to bogus organizations. They will be relegated to the background as academia and grant-funded scientists take over. The hobbyists will need to find a new cryptid (or mythical creation) of which to declare themselves experts.

He continues on this point for another paragraph before moving on to another attack of no-kill supporters. His argument is that the idea Bigfoot is close to human, and therefore should not be killed,  is ridiculous. Bigfoot is only an animal after all.  What he misses, either intentionally or out of ignorance, is that many no-kill activists don't believe Bigfoot should be killed regardless of a human-like link. Animal -- and us humans are animals as well -- or human, we don't get to kill one simply because we think we get to. We don't get to.

To justify his point that killing Bigfoot is okay, since Bigfoot is just a big animal,   Kwin the Eskimo has a quote from Finding Bigfoot's Bobo Fay:


"Not every Squatch is a rocket scientist. I'm sure there are some dumber ones, and that one might just have been one of the dumb ones."

No kill proponents are doing major damage to science (which is "...cold and heartless. It's science!" There is a lot wrong with that statement but that's another issue for another day) and are to be exiled to the fringes:


Those with the “no-kill” philosophy should be relegated to the “Sasquatch is a shape-shifter, trans-dimensional, UFO pilot” camp.  Their position does nothing to further professional research or bring any legitimacy to the field.

Now, as a "Sasquatch is a shape-shifter, trans-dimensional, UFO pilot" adherent myself (not sure about the UFO pilot part, but anyhow) I do understand, perfectly well, not every Bigfoot researcher out there agrees with this view. Some put this in their gray baskets, some laugh, some get angry, and so on. But to suggest that anyone who is no-kill belongs in the same boat with us Bigfoot is a faery/paranormal entity/ realm is trivializing the somber and serious kill/no kill issue.

In patronizing detail, the article starts out with an explanation of why a Bigfoot must be killed. Without a body, science and the world won't have proof it exists. That's a big "duh" there, kill boy. This obvious point is understood; I think we all get that a dead body will prove to the world Bigfoot exists. That's not the point.

The point is, for those witnesses fortunate enough to have seen Bigfoot, they know it exists. For many others, like myself, we choose to believe our friends and family when they tell us they've seen a Sasquatch, and to believe such a creature exists. No, I can't say it does exist,  since I haven't seen one myself. I can't say it exists because I don't know beyond a doubt. When I see one (because one can hope) then I can say it does.

What kill proponents don't understand is that Bigfoot isn't our property, our thing that we own. We don't get to kill it. We don't get to harass it. When out in the field looking for it, we don't even get to do the stupid things many field researchers do; hooting and clanging about and generally acting stupid while annoying all kinds of wildlife, not to mention whatever other humans might be afoot out there.

Science won't believe Sasquatch exists until they get a dead body. Many of us get that, but we don't care.

As to any agendas, being of the no-kill "crowd" the only agenda I have is to keep blood lusting clown shoes from going out into the wilds to kill a creature simply to prove to science it exists.

And then what? Science acknowledges Bigfoot is real; the world now knows. So what? It's a question that isn't asked often enough; the discussion stops at the kill/no kill dividing line. Let's look at the aftermath of a kill. What next? What do we do with this information? How would the reality of Bigfoot affect laws, communities, land, ... it's a long list and affects many levels, from the pragmatic to the metaphysical.

As long as there are those out there being vocal about supporting a Kill agenda, I'll be as vocal speaking against such a view.

Like what Ghost Hunting Theories has to say here! Ghost Hunting Theories: Bigfoot: Biggest Covert Operation Or Biggest Hoax? For myself, I am not a witness to Sasquatch, and yet do believe they exist. So, yeah, I'm a Believer without proof,though I have always said, I have to acknowledge I don't know Sasquatch exists, because I don't know, not having seen one. Yet.
Posted by Regan Lee at 4:13 PM 1 comment:

Thought I'd promote a good Bigfoot blog that I like: Bizarre Bigfoot
Posted by Regan Lee at 6:26 PM 1 comment:

Thankfully, the victim is in stable condition, and so I don't feel bad saying: what a couple of goddamned idiots. Armed, hunting themselves a Sasquatch, something, according to the officer, "spooked" the shooter, who went off and shot his friend. No drugs or alcohol involved. Which means, devoid of being under the influence of anything, except obvious stupidity, these morons truly got what they deserved.