Levels of "Intelligence", Supernatural Sasquatch, and the No Kill/Kill Debate

Some are adamant about their opinions on this debate: kill, or, no kill. I'm adamant -- I won't budge -- I'm for a No Kill stance and that's that. Some are less adamant; they qualify their opinions depending on the perceived state of intelligence of the creature. The more human like Sasquatch appears to be, the less likely this type of person would attempt to kill one, but, if the creature is perceived to be "ape like," and more ape, less human, the kill policy reigns. Sasquatch is considered, by some, an animal, less than us, and while clearly intelligent, and astounding in its very existence in terms of scientific discovery, it's still "just" an animal. Still less than us, somehow. And that alone gives some the justification they need to support their kill view.

I don't care if Sasquatch turns out to be "just a big ape," some kind of uber-bear, or an alien. I don't care if the intelligence of Sasquatch is below that of a pinto bean. The intelligence level of Sasquatch should have nothing to do with killing it. I have major issues with hunting, but I do understand the justification for it in terms of survival; if one needs to feed oneself, then I'd be a hypocrite to say one should not hunt for food. If I were to find myself in certain circumstances, I might have to find I'd have to hunt as well. That aside, killing a Sasquatch is a very different issue.

I'll reiterate what I've said so many times before; I don't give a damn if science finds proof of Sasquatch's existence, and certainly not at the expense of a dead body.

Maybe this view of mine is based on my personal experiences with the paranormal, anomalous encounters and interests and UFOs: I don't care if anyone believes me or not, and I don't owe anyone an explanation or proof. I share my experiences for my own reasons, many of which I am clear about, many which I'm not. Who knows why we do what we do? We're not as focused as we sometimes tell ourselves we are. That's okay however... we're human.

My personal experiences involving the above mentioned phenomena is no doubt the reason why I am open to so-called "paranormal Bigfoot" encounters. I've never seen a Bigfoot (yet, :) and never had a supernatural Bigfoot experience (although, I suspect my cone of light experience related to Stan Johnson might be considered one such experience in some ways) but I accept these high strangeness stories. I accept them as interesting, true, and valuable. True, not necessarily literal.

So in some ways it's a non-argument; killing Sasquatch, if the creature is supernatural. Can you kill a fairy? On the other hand, we can't be too sure, and might as well continue the good fight against those who, regardless of where they fall on the kill policy continuum, would support killing one under certain circumstances.
Posted by Regan Lee at 1:14 PM 1 comment:

From the Circus That is Sasquatch Research: Swamp Bandit Makes the Rounds 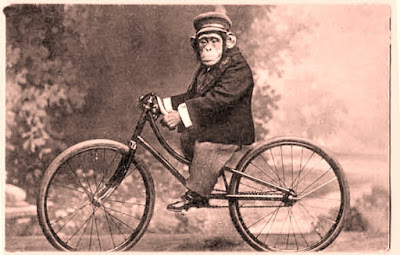 Assuming this is the same swamp bandit, and it’s a safe assumption to make that it is, he/she posts on the


Posted 12 November 2010 - 07:12 AM
Hello everyone, this is my first post on here so I thought I would give you my thoughts on Autumn's book Enoch.
The book is a great read but it just touched on the tip of the story, there was just to much information to put in one book.
Autumn did a great job of making her points clear, but what now? is that it? is that all we get?
Wouldn't you like to know how the book affected Mike, and where is he now? Is he still friends with Enoch and the gang?
I was wondering, if you could ask Mike anything you wanted what would you ask him? And would you treat him with respect or tear him to pieces.

But, gee, some of us are awfully confused, I mean, swamp bandit posted here on Frame 352, the following. In late October sb posted here:

I'm Mike the man Autumn Williams wrote about in the book Enoch.
I'm out of the swamp and ready to spill the beans about the book Enoch.
If you want to know more let me know,
I will be happy to answer any questions you might have.

I posted here because you are jumping on LNP for her part in a hoax. Detective Autumn should have done some detective work and checked out my story. Because its all a bunch of crap. I made the whole thing up. I have no love for LNP but people who live in glass houses ( or tar paper shacks) should never throw rocks. I punked her big time its all a tall tale. Not one word I told her is true. The interview on her web site is also made up. Nothing that I told her was the truth. Their is no Skunk Ape named Enoch.

Mike has also been busy over at Bigfoot researcher Melisa Hovey's blog, The Search for Bigfoot, where's he left similar comments.

I've been following Stan's story for many years, --he is deceased, but his story lives on. Johnson was a Sutherlin, Oregon resident who many experiences with Sasquatch of the high strangeness kind.

I met Stan once at a UFO conference in Eugene. Very charismatic man. I also had my own odd moment of high strangeness involving Stan regarding Sasquatch which I've discussed on-line many times. You can hear my description of this here; where Mike Clelland at thehidden experienceblog, interviewed me for his podcast.

Also a bit of synchronicity; just last night I was working on my manuscript of a similar case in Oregon, frustrated, once again, that I can't seem to get it done. Then I realized: it's because I haven't committed to what I think about "paranormal Bigfoot," -- I haven't gotten off the fence, and just say it. So I did, in the introduction, which caused everything else to fall into place. My next project concerns Johnson, and here I wake up to find this item on Johnson on UFOs, et al blog. Small synchronicitous Sasquatch world!
Posted by Regan Lee at 10:58 AM 1 comment:

For some perverse reason, I found myself once again lurking on the JREF message board in the surreal and looooooooooooooooonnnngggg (oh, so very long) thread Calling All Skeptics! Help Kitakaze End PGF Controversy - Pitch to Discovery Channel. As usual, I was struck by the bizarre and pathological - obsession of skeptics and debunkers to discuss, mock, and argue the non-existence of Sasquatch. And in particular, as on the above mentioned thread, the Patterson-Gimlin footage. "Kitakaze," as we know, has been on that hobby horse for some time; his crusade has been, well, interesting, as well as unnerving. (For example, see Melissa Hovey's comments about this on her blog The Search for Bigfoot.)

So, reading the last couple of pages in this thread, the sheer number of which boggles the mind -- it's what, around elevenity-million or something -- I had the idle thought that it doesn't matter if the P-G footage is a hoax or not, because, because, because: people have seen Bigfoot! Very simple.

Of course it does matter if the P-G film is of a real Sasquatch; my point is, in the great scheme of things, proving the P-G film is a hoax doesn't prove at all that Bigfoot does not not exist.

My question (rhetorical; please, if you're a skeptoid do not attempt to engage) is: if it's proven the P-G film is a hoax, will the discussion of Bigfoot's existence end for you all?  I doubt it; look at how many threads on the JREF there are about Bigfoot. A few dozen, easily. Not the first time I've asked this but I am intrigued: why spend so much time on something you believe doesn't exist? That you believe couldn't possibly exist, despite the number of witness accounts?

The Search For Bigfoot: Trouble in Florida?

On Melissa Hovey's blog, "Mike" leaves a comment as well. This time, his comment is longer; he insists the book Enoch is "fiction."

The Search For Bigfoot: Trouble in Florida?
Posted by Regan Lee at 7:16 PM No comments: