Why we should protect Sasquatch. Found at Sasquatch | Oregon Wild.
Posted by regan lee at 5:01 PM No comments: 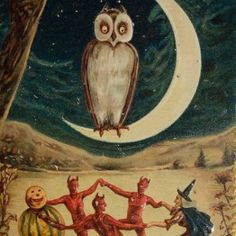 In the excellent Where theFootprints End (Cutchin, Renner) the authors write about Bigfoot gift giving. Which is strange enough, of course. Stranger still is the symbol of the owl drawn on rocks said to be left by Bigfoot as a gift to humans.

In the book, Cutchin and Renner tell the story of Samantha, who found rocks left  on her property from Bigfoot. Describing the rocks, Samantha says that “There’s stuff etched into them, especially owls.” (page 140) Why owls? It’s said that Sasquatch imitates owl calls. Owls are known to be an iconic symbol in high strangeness encounters. Giant owls, owls morphing into aliens, etc. appear in abduction, UFO and other supernatural tales. If Bigfoot is a supernatural entity the connection with owls seems fitting. Books about owls as messengers from other realms discuss the relationship of owls and strange experiences in detail. (see Mike Clelland); The Messengers; Owls, Synchronicity  and the UFO Abductee and  Hidden Experience: a Memoir of Owls, Synchronicity, and UFO Contact.) Where the Footprints End is the first mention that I recall of a relationship between owl imagery and Bigfoot.

As the Colonel said in Twin Peaks: “The owls are not what they seem.”