The synch/juxtapose of the name "Cockburn" though not pronounced that way, is too much in this creepy tale.

It's also not at all good that Riggleman is cozy with white supremacist.
Posted by regan lee at 11:25 AM No comments:

From Brent Swancer: Bigfoot as an Interdimensional Interloper | Mysterious Universe

Over at Mysterious Universe:

Swancer points out the obvious (to Sasquatch as inter-dimensional beings nerds such as myself) points as to why this is likely the case.
Posted by regan lee at 11:20 AM No comments:

My Ego (Oh Come On, We All Feel This Way at Times) 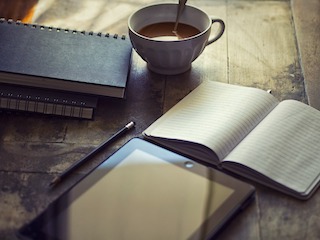 I always give credit to those that inspire me. If I read an article, someone's blog, book, or even a social media comment that motivates me to comment, rant or rave, I give a nod to the source.

I find it both amusing and slightly annoying when I read something on, say, a blog, a day or two after I've written about the very same thing, and no credit is given. No "I saw this on Regan Lee's Orange Orb blog and got to thinking .  . . " just an obvious riff on what I recently wrote about. There are a specific few blogs that do this consistently. But, since I am disliked by some (aren't we all?) as well as considered uneducated and even mentally unbalanced, no surprise there.

It's my own personal button-that-hates-to-be-pushed, this. It's a cousin to being called a liar. For whatever reason, or reasons, I hate being accused of lying when I most certainly have done no such thing. I've felt this way since I was a child.

Oh, I hope I can make this!

In Washington state, a tracker reports he witnessed a Sasquatch carry off a dead black bear. As the article comments, this story isn't confirmed, but, here goes. Theory: the declining black bear population is due to Sasquatch.

Professional Tracker Watches a Sasquatch Carry Away Dead Black Bear | Bigfoot Base: The creature looked at them and released a “gut-wrenching” scream. It then leaned down and picked up the carcass of a full grown black bear. With the ungodly grace and strength only a giant could wield, the Sasquatch slung the bear over its shoulder. It effortlessly walked up a nearly vertical slope and disappeared into the thick treeline. [Big Foot Base.com]