But don't get too excited. . . they're great photos, but one is an admitted hoax, or more correctly, a promotional image for a TV show, the other, well, no info so far but just look at the damn thing and you'll see (one assumes) that it's a costume. See the thread here on Cryptomundo for images.

Before you know it, I'm going to have to create a new blog just for threads about Bigfoot on the James Randi forum. Here's the latest: Bigfoot - Replicating the PG Walk (split from:Bigfoot - The Patterson-Gimlin Film)

From Church of UFOlogy: Sasquatch, Sasquatch, Won't You Come On Down?

Seems there's been a whole lot of BF sightings lately, for example: "Sasquatch, Sasquatch, Won't You Come On Down?" at The Church of UFOlogy blog. Thanks to Aileen Garoutte for the link.
Posted by Regan Lee at 10:09 AM 1 comment:

Honestly, I just can't keep up! It's almost at thirty --- close to thirty threads about Bigfoot on the James Randi message forum.

There's Why is it that everyone who sees Bigfoot is a lousy photographer? This thread has a poll! The question posed: Is there a good reason for this? You can imagine the choices, but better yet, visit the forum. There are a few sarcastic answers but not surprisingly, the majority of responses are in favor of, to paraphrase, "there ain't no such thing as Bigfoot, no how!"

Email ThisBlogThis!Share to TwitterShare to FacebookShare to Pinterest
Labels: JREF

Now this is the kind of stuff that I love. Cryptomundo has a juicy Fortean post -- Seneca Sasquatch about Bigfoot in Seneca, Illinois, reports of which have been coming in for decades.These reports include sightings of Bigfoot swimming, among other things. But a most interesting fact is that a lot of the Bigfoot sightings take place in and around old Dupont (yes, that Dupont) TNT grounds, which shares a commonality with Mothman, who was seen hanging out in the TNT storage mounds in Pt. Pleasant. Coleman reports:

Now, as everyone knows, the reports of Mothman and Bigfoot, as well as other weird events, around Point Pleasant, West Virginia, were mostly in one specific spot - the TNT area, outside of town. The location was used to manufacture TNT during World War II. The first thing the “airport” gentlemen from Indiana whom I met, who is consulting in Seneca, asked me when I mentioned the WVA site was, “Was it a DuPont factory?”

I didn’t know, although I don’t recall hearing DuPont associated with Mothman. But I now wonder what company (or spinoff or parent company) owned the TNT site near Point Pleasant. Something to think about and research later, when I return home unless a Cryptomundian finds the answer before then.

And as Andrew Colvin, author of Mothman's Photographer, notes several times in his book, the corporate connection with Mothman and the paranormal-Fortean world cannot be ignored; if nothing else, there is a strange and strong relationship between the two. How and why, that's another story.

I've lost count, this makes 29? Give or take one or two? This one is titled "Photo Captures Bigfoot With Fairy."

Email ThisBlogThis!Share to TwitterShare to FacebookShare to Pinterest
Labels: Bigfoot as fairy, JREF 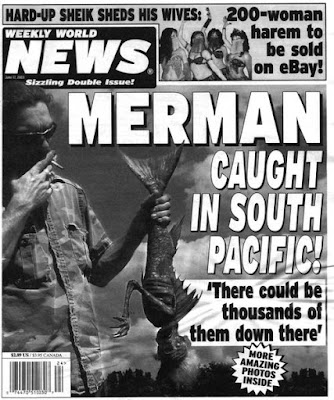 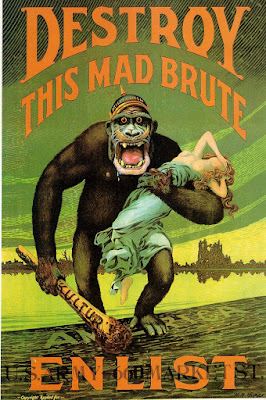 I have a post up at my Mothman Flutterings blog, about turkey vultures and a strange dream I had about Bigfoot.