Why is (almost) Everyone Giving Dr. Melba Ketchum a Hard Time? 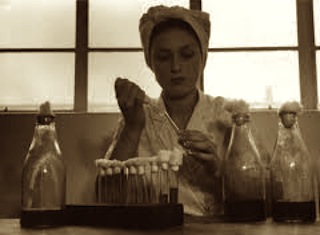 Listened to some of last night's Coast to Coast with host George Knapp and guest Dr. Ketchum. And if what she says is true, as to her diligence with testing, then why is she getting so much flack from many in Bigfoot Land? Such flack from science, well, sadly that's no surprise. Sciences' blindness to the existence of Bigfoot and the data is horribly frustrating and a mystery but, to be expected.  Why, though, are some in the Bigfoot world attacking her? I think she's been coy in the past, a bit, but overall, look. She's trying to do something. She's sent samples out to several labs. She's looking at the DNA. She's used blind studies. She has a variety of samples, not just one strand of elk hair. All this costs money, a lot of money. Finding labs to do the work is a huge job. Scientists have turned her down once they get wind that her research is Bigfoot research. According to Ketchum, one scientist threatened to sue her and her team if they used his findings; that's how angry he was over the subject of her research -- and how afraid he remains of being associated in any way with Bigfoot research.


Knapp asked her about her insistence that those she's discussed her research with sign disclosure statements. (Knapp himself signed one.) Ketchum explained that it's important to keep the data as uncontaminated as possible.

Then there's the infamous "peer reviewed" journal citation that gives any researcher the cred they need to be accepted in mainstream science and academia. It's a crazy loop: you have to be accepted by the very types of individuals who think you're nuts to be doing this kind of research in the first place, so you're not going to be accepted. Not having been accepted, your research is nothing. If her research isn't accepted into an accepted scientific journal, she's out. So is the star of this thing: Bigfoot.

So, given all this, why is Dr. Melba Ketchum --despite her possible missteps involving communication or style -- being treated badly by some in cryptozoology?

One possible answer to that is the uneasiness among some researchers that Bigfoot might be human, or far more human like, than those researchers have presumed. Some Bigfoot researchers have no problem with promoting a kill -- "for science" they tell us -- or thinking of Bigfoot as a big ape. Or some kind of animal. (Forgetting that we, too are animals.) Bigfoot is intelligent, very cool, what a find! but in the end, "just" an animal.

Many witnesses who've encountered Bigfoot speak of the eerie human qualities of the "creature" and as we know, many have tales to tell of spiritual and paranormal events within those encounters. These aspects of Bigfoot encounters sometimes don't go over very well with the more pragmatic Bigfoot researcher. Are they afraid that somewhere along the line, Ketchum's research presents clues or evidence of "more" here?

Ketchum said in last night's interview that if she is rejected by peer reviewed journals she'll put it out to the public. That would be fantastic, but also a cruelly frustrating gift, since it will be ignored by science.

Kudos...some will remain close-minded regardless of the evidence

Thank you Lon. If the evidence Ketchum has does point to a "human-BF" being, then, that's huge of course. If it turns out that's not the case, well, then that's that. But at least she's doing something, which is a lot, and we should all appreciate that.

The problem is that there is no evidence anywhere for anyone to ignore yet. Until anything is put forth, it's all just speculation with a lot of good questions yet to be answered. A lot of people are hopeful, but I also think some of the criticism is completely valid.

In the Hobbit, we see lots of creatures. Bilbo Baggins puts on The Ring & his human form is invisible to Gollum, but he can interact with the physical world in some way. I imagine Bigfoot being similar in the way it is seen & interacts physically, then eludes human intervention mostly.
Dr Ketchum is a Forensic scientist & explained how her discipline is different from academic science. But they paid other labs to do blind DNA research on samples. The results are the results. I cannot speak for all the people who have a position or point of view to hold on to, regardless of the facts. i for one would just like to know how the world really is.

I am not so worried about the science community. They do things a certain way. And it's actually a good thing that they do.

While it is true that her paper was rejected by peer review, understand that this is -not- an indication that the reviewers found fault with the data, testing or conclusions. It is in fact not at all unusual for papers, in -any- field, to be rejected initially or even more than once.

They will tell Ketchum the reason, she will then tweak whatever it was that was found and resubmit it. Again, it may not have anything to do with the data, her team's methods or the conclusions. There are a lot of parameters.

I do not think that Russian guy's Facebook post was very professional, but then we wouldn't all be writing about it.

I AM disillusioned to learn that some Bigfoot researchers are giving her a hard time. That's bad. That's really bad. Way worse than what science people may or may not be guilty of. It will require me to use quotes around the word researcher when referring to them and that is assuming their stuff will be commented on at all.